I think its fair to say that few years live up to the calibre of 2013. From the very beginning of the year with DMC, Dead Space, and Tomb Raider, it felt like developers had developed a mastery in both their craft and art on both the 360 and PS3.

It was also the year of the story. While the importance of narrative structure had been building for many years in smaller and indie titles, 2013 saw it reach a new level of importance in big budget releases. Last of Us, Beyond, Bioshock Infinite, and even GTA V, have lead the way in this helping to make this year, more than any other, about more than just ‘play’.

So, as a large proponent of games as a story telling medium, it is strange to find this a year when all of my choices have been selected based exclusively on their gameplay. As for every narrative I enjoyed, I also found a game dogged by mechanical or design issues, leaving me pining for more pure experiences. 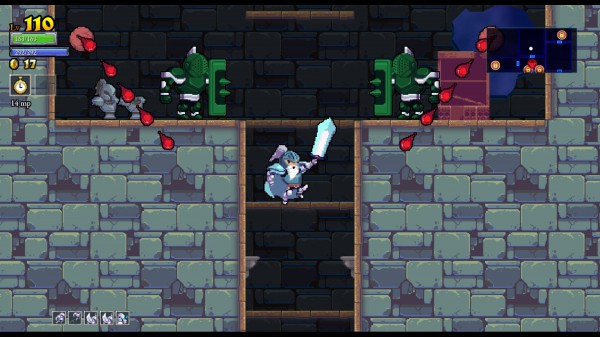 While still a PC/Mac exclusive, Rogue Legacy is perhaps the perfect embodiment of old school console gaming. Mixing castle exploration, in the style of Castlevania, with the difficulty and constant restructuring of a Roguelike, creates a 16bit experience to be enjoyed at your desk.

Tight platforming and combat in an ever-changing castle are made all the more entertaining thanks to Rogue Legacy’s narrative premise. After every death, the hero’s heir continues on the family’s cause. This allows for constantly changing character classes as the title of hero is passed from one generation to the next. Add to this a selection of addition abilities and handicaps depending on the new character’s personality, and you have an experience that always feels fresh.

If you are not a PC gamer, or simply missed this, I recommend getting it now or keeping a close eye out for its upcoming PSN release. 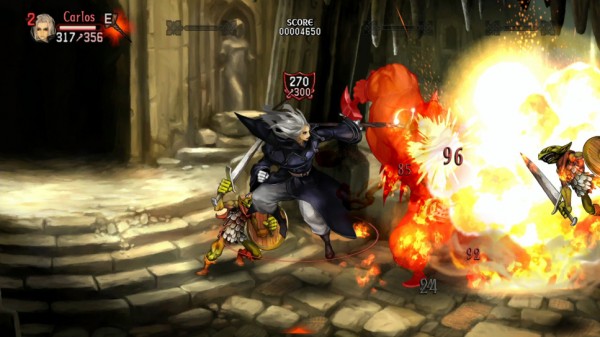 Vanillaware delivered me an unexpected treat this year. By creating a beat’em-up similar in style to Golden Ax, with a hint of RPG levelling, and the company’s trademark beautifully drawn 2D sprites; Dragon’s Crown hit all my buttons.

Initial impressions of the game, or indeed looking for any information about it online, may lead you to the wrong conclusion about what the game is because, while it is filled with busty maidens and stacked Amazonians, the real focus here is the level grinding, loot, and frantic combat. Think Diablo crossed with Final Fight.

As a full retail product, Dragon’s Crown was always destined to struggle thanks to its Japanese sensibilities, but this remains a game that a lot more people than realise it would enjoy, if they gave it a chance. 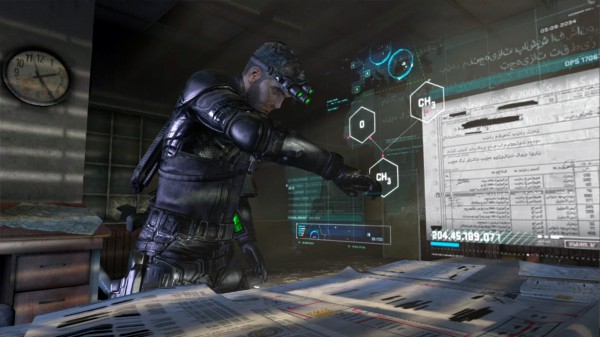 While Last of Us touted stealth and combat ‘gameplay’, Splinter Cell: Blacklist snuck out and bettered every one of its game mechanics.

Sam Fisher may not be blessed by the same fantastic motion capture as Joel, and the story’s ‘terrorists are attacking’ plot may lack the emotional punch of Naughty Dog’s masterpiece, but in terms of feeling empowered by the skills given to you, Splinter Cell wins hands down.

Blacklist success comes from delivering on what you have wanted stealth games to be, really be, since you first heard of the concept. It lets you assess the situation to create your own path to the goal thanks to the open areas it places you in and the broad array of tool it offers you to get the job done.
That and the punishing fail states of previous Splinter Cell’s have been all but completely removed.

Already cheap in stores, this is one big budget game you may have unwittingly missed this year. I recommend going and rectifying that. 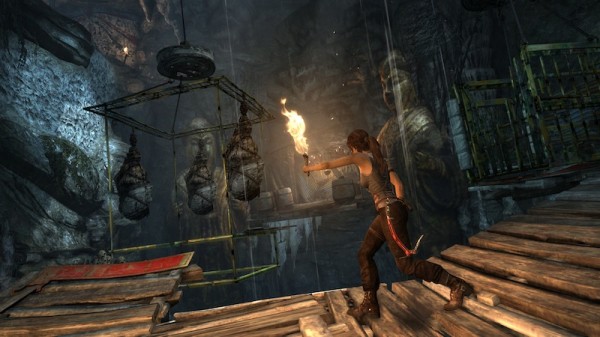 While it may have been the year of the narrative, if there had been a second theme, then reboots would have unquestioningly taken the prize. And of all 2013’s reimagings, Lara Croft’s was certainly the most impressive.

Having ducked out of the tomb raiding game some years ago (around Tomb Raider 2), I had felt no need to revisit Lara’s exploits. Review scores slipped and every attempt to reinvent her had, by varying degrees, failed. Yet somehow, from its first unveiling, the simply named ‘Tomb Raider’ had impressed.

While the Rhianna Pratchett penned story may have fallen flat at times, and talk from the developers about this being a Lara you would want ‘to protect’ may have undermined Lara’s role as a powerful female lead, the mix of combat and world traversal made the young archaeologist’s fight for survival a thrilling experience.

Add to this the fact it looked beautiful, and Tomb Raider was a game that everyone should have tried. If you haven’t yet pick it up cheap in the sales, or hold out for the ‘Definitive Edition’ that is coming to PS4 and Xbox One at the end of January. 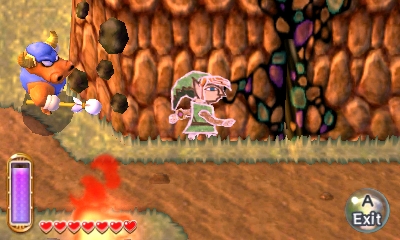 Zelda: A Link Between Worlds

Whatever Nintendo game you play first in any given franchise, the chances are it will be your favourite. The companies ‘special sauce’ is just so perfect, that it doesn’t matter what the content, simply the fact it is a Mario, a Metroid, or (in this case) a Zelda title, will ensure that for someone, somewhere, it will be their first love.

So what happens when they take the same sauce you fell in love with, add some new spice, and smear it all over a new title? You get a game that hits every single nostalgia taste bud, adds a hint of the unexpected, and tastes delicious (okay, enough with the sauce analogy).

Zelda: A Link Between Worlds, takes my first Zelda (A Link to the Past) and remixes it. The same overworld dominates, but the dungeons are changed and characters altered just enough to constantly delight and defy expectation.

It’s incredible, and while your personal nostalgia mileage may vary, for gamers of all ages this will prove a superb Zelda title that will delight from start to finish.